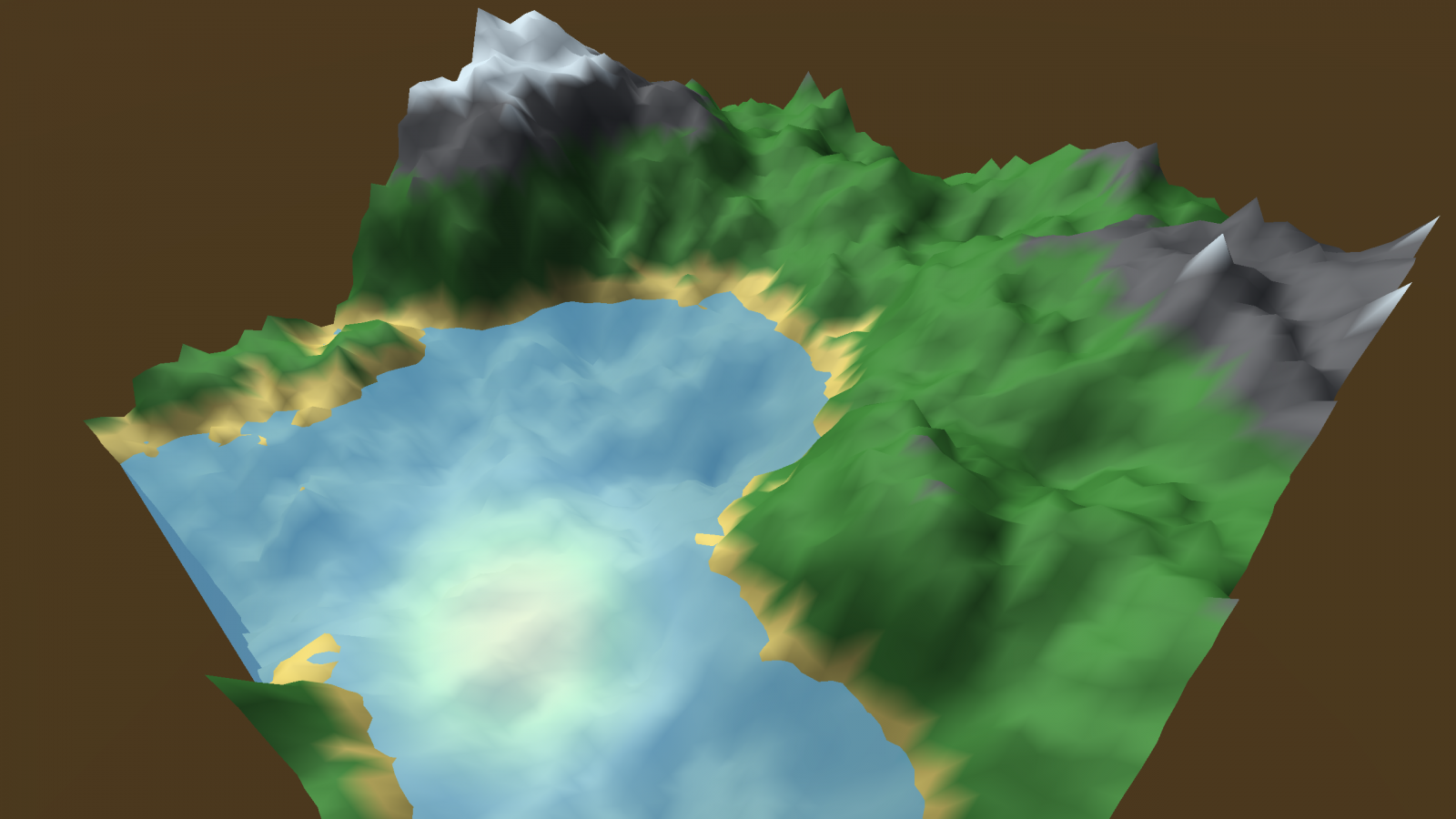 A procedural terrain generator that generates each polygons based on a height map that was generated through an algorithm.  The goal of this project is to investigate the technicalities of procedural mesh creation and basic illumination models.