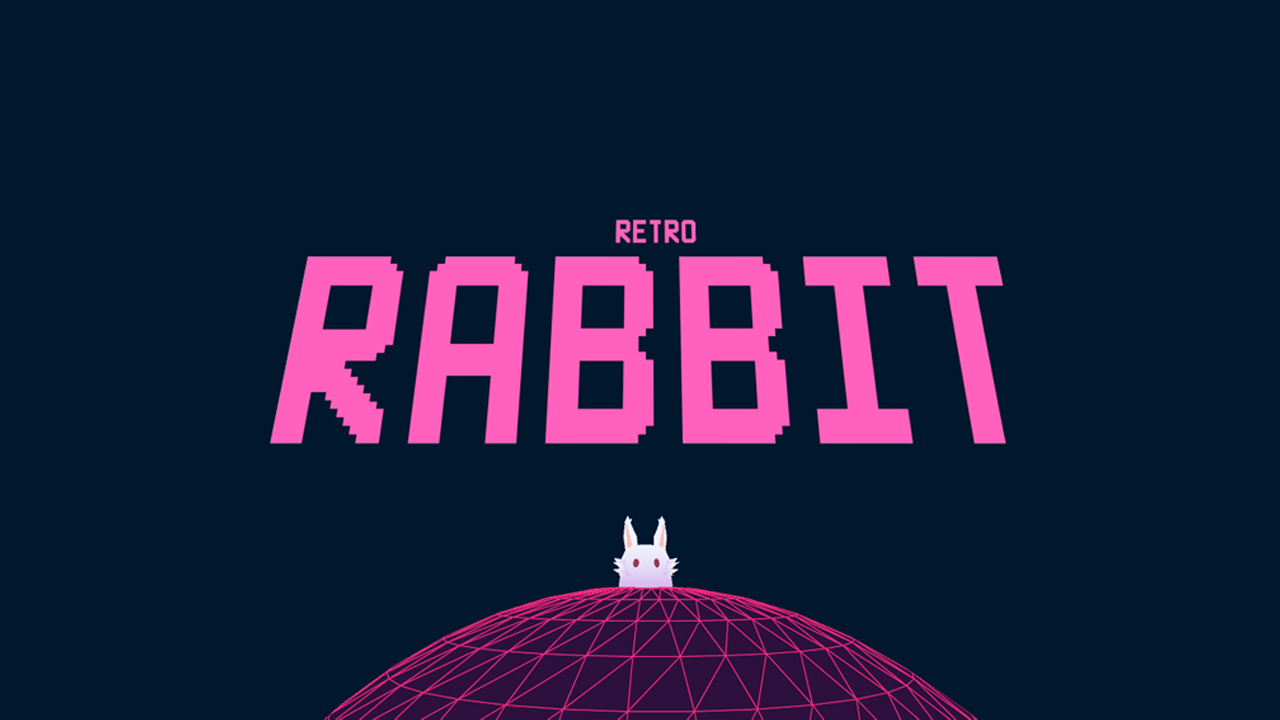 An endless runner that takes place in a spherical world that is shrinking overtime.  The goal is to survive as long as possible by plugging leaks, dodging obstacles, and eating carrots to activate MUNCH MODE.

The game was originally made during Ludum Dare 38 with the theme: A Small World.

As Retro Rabbit takes place on a spherical world, movement around the sphere was done using rotations and not translations.  Here is an overhead view of the game, showing a view of one of the infinitely many sides of the sphere:

This was accomplished by simply using a Rotator game object that is the parent of any moving game object on the world.  The Rotator object’s orientation determines the position of an object on the sphere.  Hence, any sort of player movement is done by rotating the orientation of the rotator.

The above script rotates the rotator’s orientation around a particular axis.  Hence, in order for the player to turn left and right in a way that the player is able to make a 360 degree turn, the axis of rotation needs to change based on input.

The world shrinks at a rate that is dependent on the number of fissures that are active around the world.  As the world shrinks, objects on the world need to shrink its radius/distance from it’s rotator object in order for the object to stay on the surface of the shrinking world.

Only fissures shrink in size.  This is to increase the game’s difficulty over time.  Here is a look at how the world shrinks at a rate faster than the intended in-game rate: