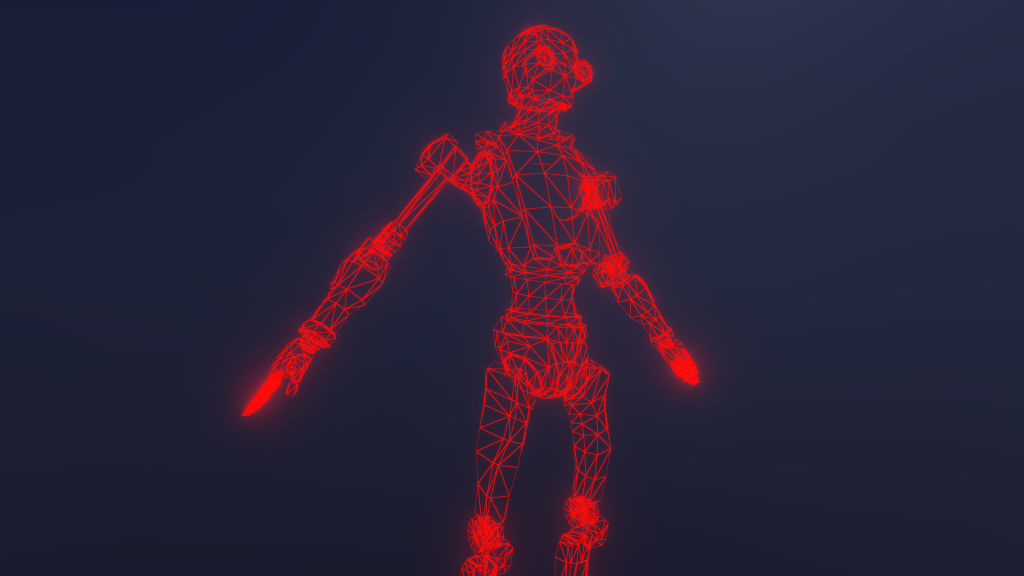 A shader that renders only the edge of each polygon on the mesh.  The shader uses the geometry shader to assign barycentric coordinates to each per vertex data for every single triangle.  These coordinates are linearly interpolated across each triangle by the rasterizer, allowing each fragment to have information on how close it is to the edge of the triangle.

Screen space derivatives of the barycentric coordinates were then used to reduce aliasing by adjusting the alpha value that is used as opacity.

The two sources of attenuation controls the intensity of the wireframe effect, giving a nice drop off gradient for areas that are not in the center of the projector’s cone of vision.

Animating the projector between two orientations using sin waves and spherical linear interpolation, creates an effect suitable for showing a security camera’s cone of vision in a stealth game.